In 1984 some European photobiologists began discussing the possibility of forming a European Society for Photobiology: a literature survey showed that several European centres were actively engaged in high level photobiological investigations, thus it appeared reasonable to promote closer interactions between them. In particular, the creation of ESP would have stimulated the exchange of information, site visits and more intensive collaborations between Western and Eastern European laboratories, which had been quite difficult until that date due to political factors. For this purpose, on February 8, 1985 a task group met in the Max-Planck-Institut für Strahlenchemie in Mülheim an der Ruhr. 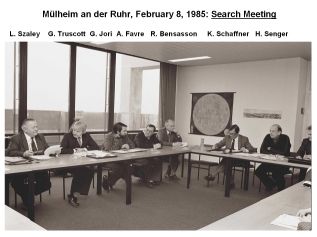 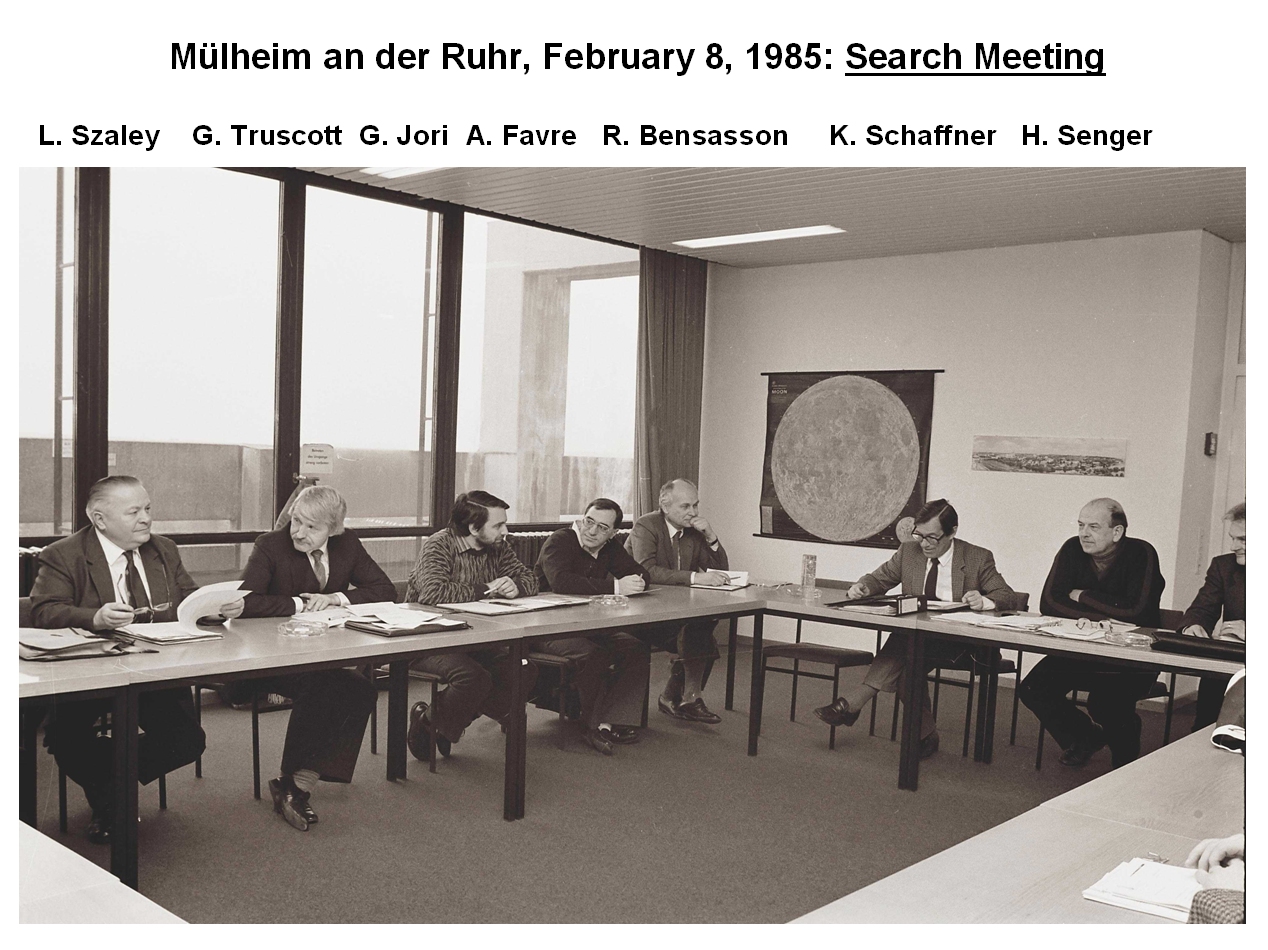 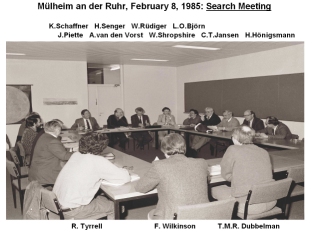 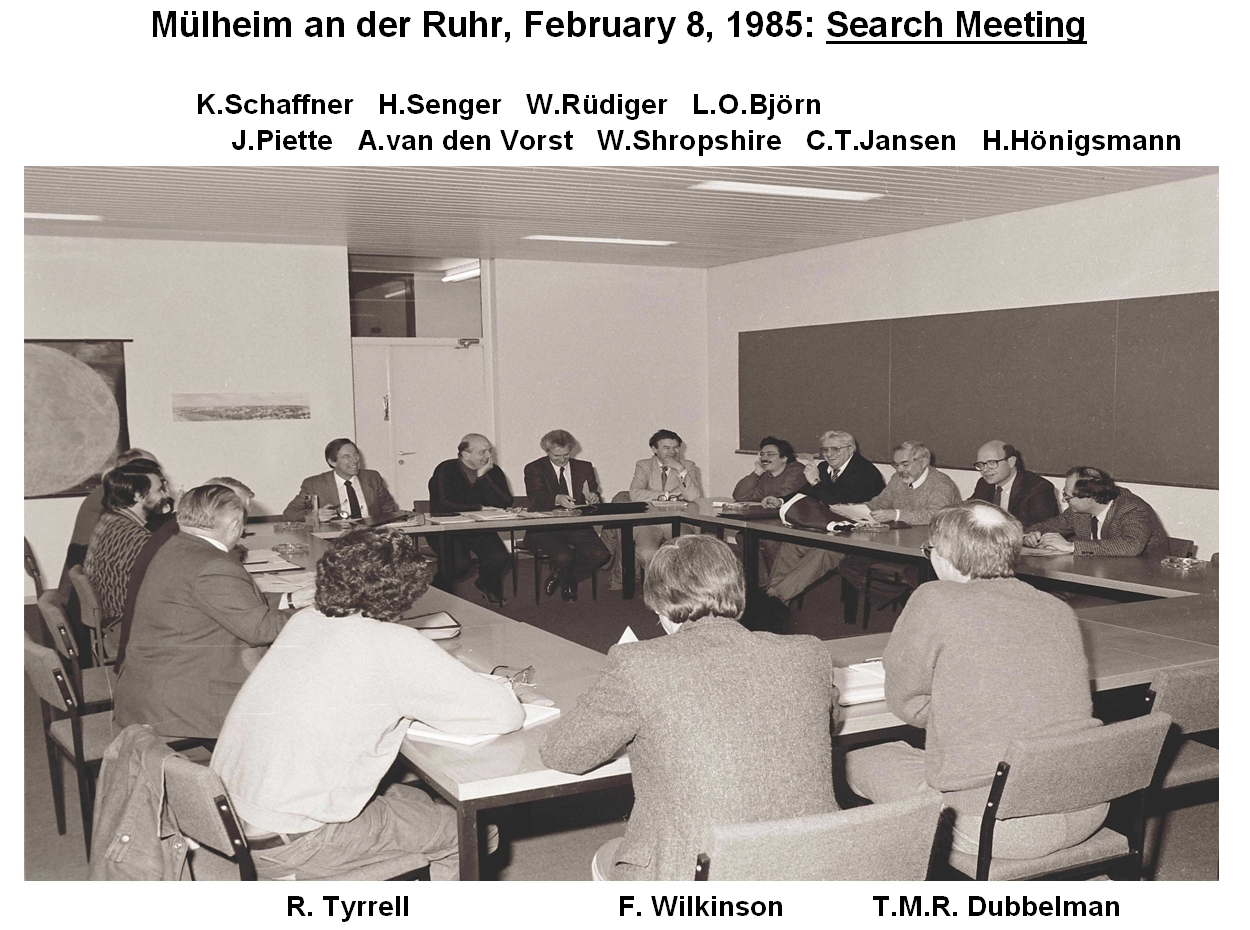 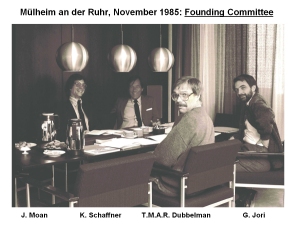 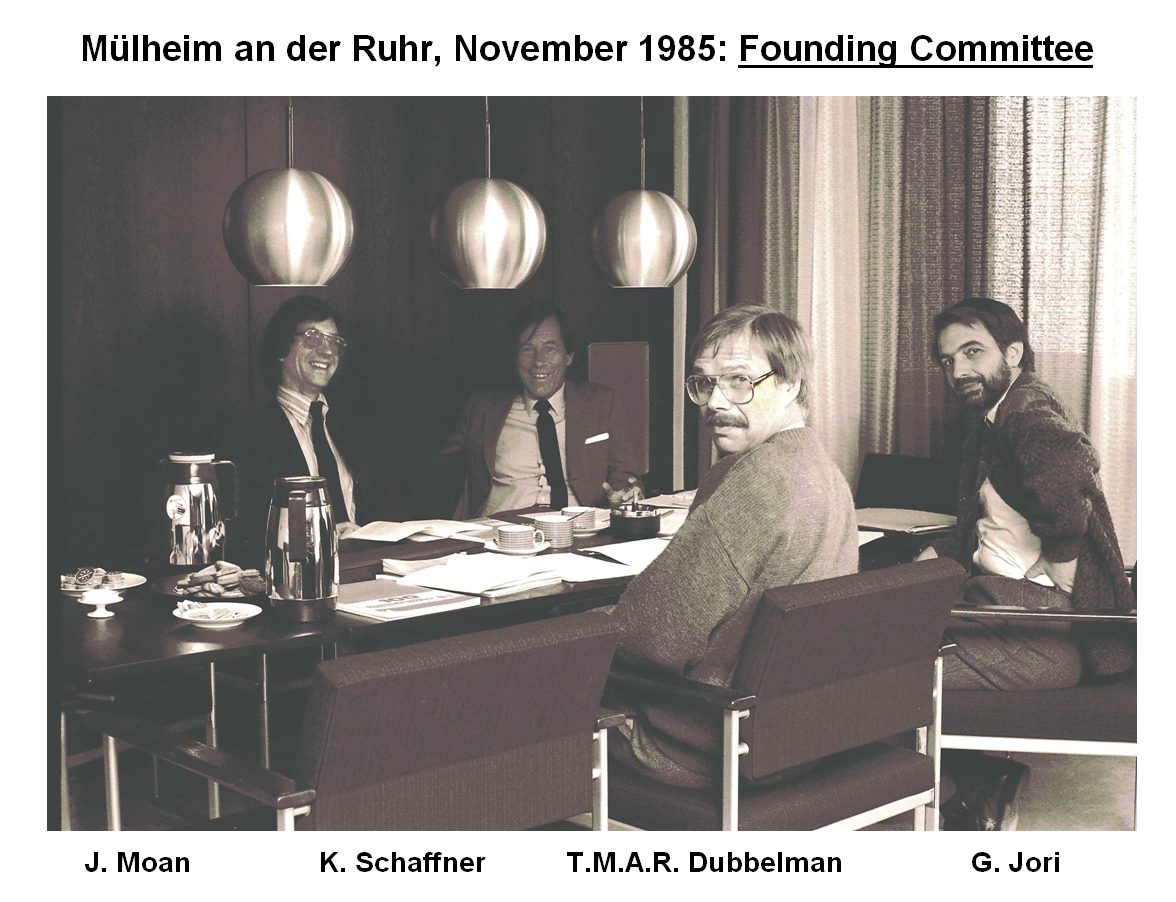 (click on the photo to see it in its original size: 532kb)

The ESP was finally born on the occasion of its First Congress in Grenoble ( France ) in September 1986.

(click on the photo to see it in its original size: 933kb)

After the second congress (Padova, Italy, September 1987), the congresses of the Society have been held every second year in various European countries.

Since 1987, on the occasion of the biennial congress, the Executive Committee of the ESP awards a medal to distinguished scientists whose research achievements in Photobiology are internationally acknwoledged as outstanding and who have given crucial contributions to ESP activities.

In 1987 the first official journal of the ESP was published. In the first issue the President announced that ESP within a year has rapidly grown to a membership from about 30 countries, of which about 10 were outside Europe with the other 20 split between East and West Europe.

The present official Journal of the Society is Photochemical and Photobiological Sciences (PPS), jointly owned by ESP and EPA (European Photochemistry Association) and published by the Royal Society of Chemistry, since January 2002.

In addition to the foundation and development of an international high quality journal, ESP has been, since its beginning, actively committed in the promotion of photobiology both within and outside Europe. Selected examples of such initiatives are:

PHOTOS in this page by courtesy of Professor Kurt Schaffner