In memory of Warwick L. Morison 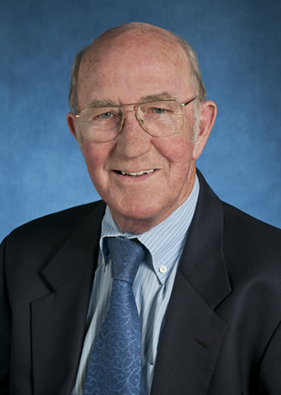 Warwick L. Morison, M. D. born 1941 in Sydney, Australia passed away on Tuesday February 25th at Johns Hopkins Hospital at the age of 78 years.
Warwick was a well-known researcher in Photodermatology and not less important a man of great Australian humour and a gourmet. I first met him in the 1970s at Thomas B. Fitzpatrick’s Department at the Massachusetts General Hospital where he was attending physician in Dermatology and I myself, what TBF jokingly called a “PUVA fellow”.
From that time on, we became friends sharing a common destiny called Photodermatology. He later served at Johns Hopkins in Baltimore for almost 30 years and retired from Hopkins as Professor of Dermatology a few years ago.
He was a founding member of the Photomedicine Society and Editor of the Journal “Photodermatology, Photoimmunology and Photomedicine”, for many years. He led a photobiology course at the annual meetings of the American Academy of Dermatology for over 10 years.
His book, “Phototherapy and Photochemotherapy of Skin Disease” became a classic guide in the US.
Warwick loved traveling, food, and wine and was a past President of the “Baltimore Food and Wine Society”. At his unforgotten Editorial Board Meetings, we all were indulged with goodies and excellent wines.
I shall be missing him.
His loving wife, Dr Bronwyn Jones, survives him.

The ESP executive committee is extremely sad to announce that Ethel Moustacchi passed away on December 13th 2016 after a very short illness.

Ethel was the CNRS Research Director Emeritus at the Institut Curie and was still active in French scientific life. Ethel worked all her career at the Curie institute, deciphering DNA repair pathways in yeast and mammalian cells, and in the DNA repair syndrome Fanconi anemia. In the early days her laboratory was working on psoralen derivatives and UVA and their genotoxic effects, together with the Padova group.
Her discoveries are internationally recognized. She gave a great impulse to research in the fields of radiobiology and photobiology in France. As an active photobiologist as well as radiobiologist she participated in the first ESP congresses.
Ethel was also a humanist, with a high knowledge and interest in social science and art. She had always defended basic research but was also concerned about the role of research and science in the civil society. She was a «Grande Dame» and we already miss her.
https://www.youtube.com/watch?v=7-qN8xymg4E

Interview with Dr. Johan Van Lier (Jeanne and Jean-Louis Lévesque Professor of Radiobiology at the Faculty of Medicine and Health Sciences of the Université de Sherbrooke, Québec, Canada)
by Fabienne Dumoulin